We Love To Connect With Us 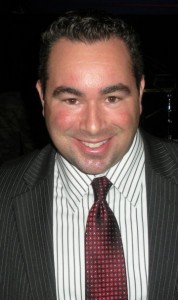 EMMY Award winner, Doug Murray, has been passionately involved in the television/production and entertainment media world as a director, producer, cinematographer, executive producer and managing partner for over two decades.

His career began as a mere youngster, serving as a gofer and grip, annually accompanying his father/now business partner to both the Dallas Cowboys NFL Summer Training Camps in California and Texas and the Texas Rangers MLB Spring Training Camps in Florida. He learned early and well the commitment necessary to be  successful in the media/production business, eventually enrolling at Baylor University, working towards his BA degree in Broadcast Communications. While a student, he found himself in the press box, where he was afforded countless opportunties to serve as a play-by-play broadcaster for both Baylor football and baseball games. Soon after, he received hands-on experience in editing, writing and producing Friday Night Lights high school football coverage, while working as a student intern at the local NBC television station. Following graduation from college, he immediately was afforded the opportunity to become involved on a full-time in the business he’d grown up in, soon receiving national attention for a television production project he was involved with.

His life-long interest in sports allowed him a chance to become involved in corporate America when he landed a position as Project Manager of Creative Development for Pinnacle/Donruss Brands Trading Cards of Dallas. Working directly with the National Football League, National Hockey League, NASCAR and Major League Baseball, Doug played a major role within the company, helping to generate over $100 million plus in sales, while overseeing one of the highest grossing individual products in the sports trading card market. He also assisted in the contract negotiations of several well-known entertainers and professional athletes.

Doug’s next stop was Genesco Sports Enterprises, where he joined the sports marketing team, working on sports and entertainment sponsorships and promotions, eventually being named Manager of Sponsorships for the Pepsi-Cola sports business.

While continuing his relationship with Genesco Sports, Doug ventured back into the world of video/film production, initially collaborating on an award-winning World War II documentary, serving as executive producer. After the documentary was recognized at several national film festivals, Doug opted to return to his real love of video production, creating 7 Sky Productions and Talent Representation, bringing together video production, event A/V services and a talent agency division.

While continuing to establish a reputation of his own in the video/TV/production world, Doug opted to join forces with his father, multi Emmy Award-winning television sports anchor and broadcast journalist, Scott Murray. The father/son duo teamed up to create Murray Media in 2005, with Doug serving as President/COO since the inception. The venture has proven to be most successful, as the company has been the recipient of over 20 national video/event production awards. The ultimate award coming in 2015 when Doug and his dad each received an EMMY Award for their work on a television program that they filmed in Western Europe, traveling abroad with two dozen World War II veterans from north Texas, capturing the unforgettable stories shared by these members of the Greatest Generation, on the 70th anniversary of D-Day while on the beaches of Normandy. Other such documentaries and a potential full length sports movie are presently in the works, in addition to Doug’s daily endeavors at Murray Media.